Export is a series of video, installations, animations and performances that address the perceived export product from specific zones; locales; areas; places in world’s address.

Export San Fernando Valley and the adult entertainment industry presents a world of videos, adult toys, and products such as healing and longevity powders. The San Fernando Valley provides 90% of the world’s supply of sex toys. It is a planet storehouse for inconspicuous consumption worldwide.

The export of a locale, or the perception of the export is compared with product or cultural export on the other side of the world; in another inconspicuous way, may be directly related or may have a global influence on one another.

In Einstein’s famous relativity: “There are no instantaneous reactions in nature”
Simultaneous events in one frame of reference would not necessarily be simultaneous when viewed from a different frame…
A “stationary” person observing an event versus a person traveling near the speed of light would not perceive a hammer hitting a nail , and the nail going into the wood as simultaneous. Somewhat similar to sound and distance: when you see someone hammering a nail from far away, the sound is late, yet for the hammerer, it is instant. In the case of light, seeing an event, just replace distance with time (or speed)… and you get the idea.

(1) Simultaneities: what are the quadrillions of “events” big and small that interact; or are merely being observed? How many trillions of those events have overt or broader influence? How can more subtle influence be perceived if out of important sequence? What about events that affect all: wars, economic collapse, earthquakes, Michael Jackson ☺, and other disasters; how do these perturbations turn the minutiae of cultural consciousness? Peculiarities, penchants, speech, thought, idiosyncrasy, good and bad habits?
(2) What systems are inconspicuous anymore?
Developed countries have the Internet and our every self-indulgent move is recorded. We are much too aware of every-type of consumption in America.
What is inconspicuous? We can see how many hits, consumption, and exhaustive analysis of an uploaded YouTube video of our pet …instantaneously. But what is still hidden? There must be something that will not be revealed in our over-exposed private lives. Developing countries and emerging democracies have billions of people we know absolutely nothing about, and they know nothing about us. We are too busy with our local preoccupations, ironically inward in the face of global access. What are these inscrutable strings that still evasively connect us? Have we in common a strangely different yet parallel track with one another. 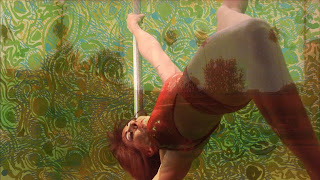