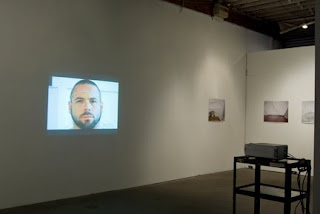 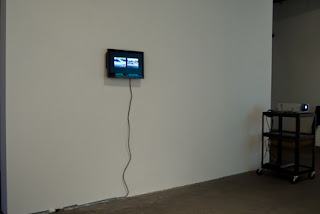 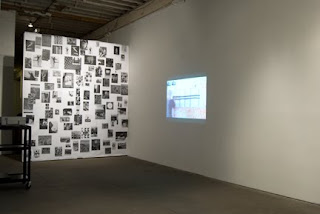 Jenn Berger grew up in Columbia, Maryland and graduated from Art Center College of Design in 2005. In this installation, her video mimics a retired chimpanzee (Cheeta from the film Tarzan) who lives in a home in Palm Springs, California. Her work also deals with memory, loss, and intimacy. 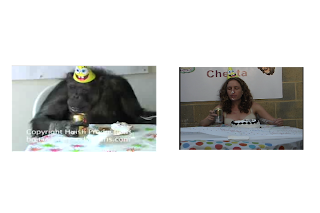 Daniel Ingroff’s work is concerned with thresholds and liminality, and exploring these ideas and their applications to spaces and structures. Ingroff runs workspace, a project space in Los Angeles. Ingroff’s work has also been featured in solo and group exhibitions in Los Angeles, NYC, Nashville and Seattle. He graduated from the Claremont Colleges, and will be attending the Mountain School of Arts in 2010.

“Mosiacism,” 108” x 120”, 2009
The project emerged after six months of working with the Image File at the Los Angeles Central Library. The Image File is a compendium of 250,000 cut out images from various sources that were amassed between 1930 and 1975. The images are re-organized infrequently, about every 8 years. I’ve been gradually wading through the files, in a process that feels both curatorial and performative, selecting images that interest me, scanning them, mixing them with photographs I’ve taken, and re-organizing them into large photocopy pieces that hint at new meaning but are ultimately vague, murky and nostalgic. I’m interested in both re-interpreting the past and allowing these ghosts to speak for themselves. Ultimately I’m interested in the organizational structures behind the file, and the way these structures are falling apart over time. 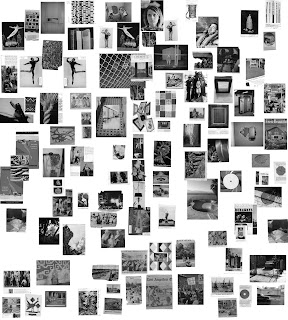 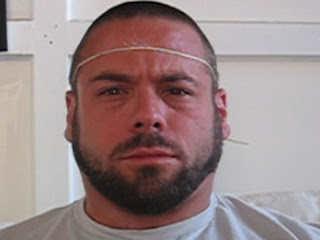 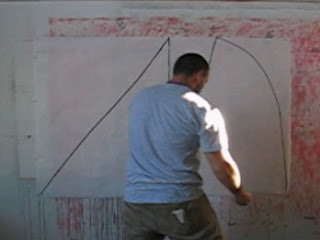 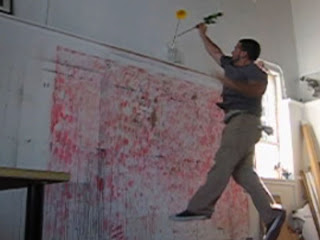 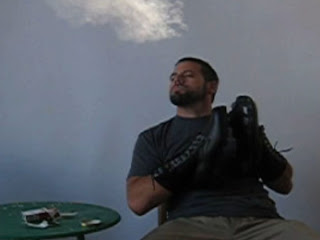 Nathan McChristy
Self-discovery is the focus of my art. This has led to a series of
self-portraits, where my likeness is obliterated and abstracted. This was
achieved by using the cameras flash. These photographs disallow the viewer
access to my face and now become not about my appearance. The link between
the subject and viewer is erased making the self-portrait about the
documentation of the act taking place within the frame. 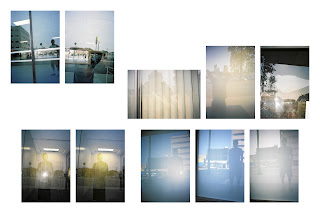 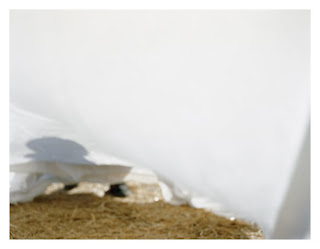 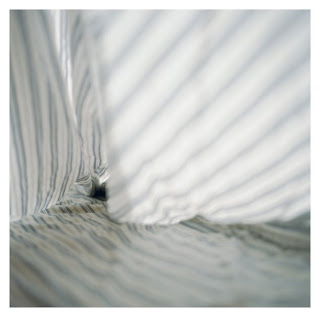