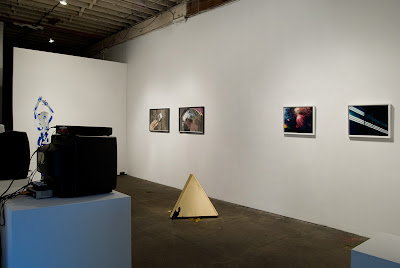 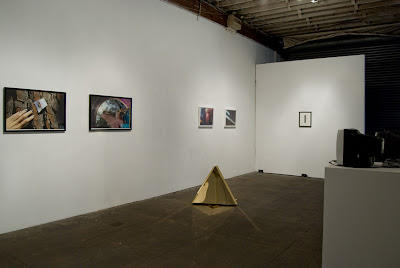 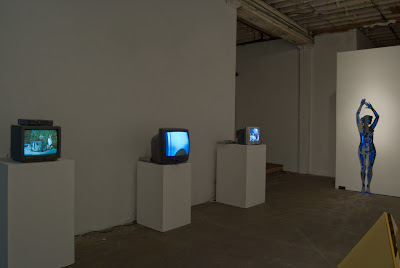 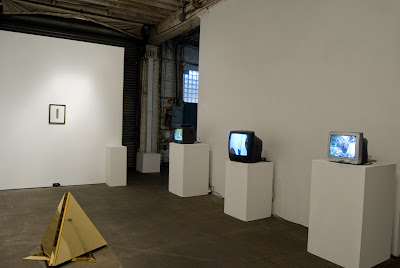 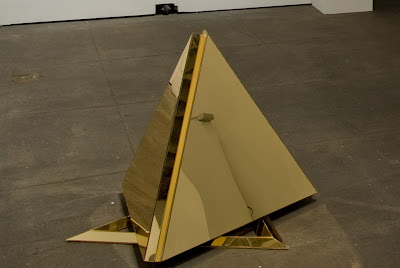 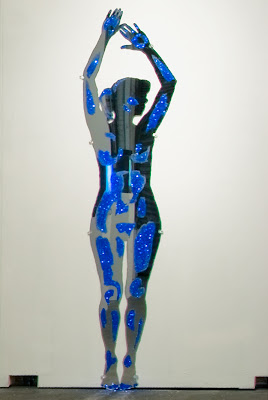 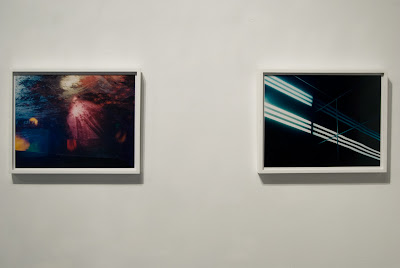 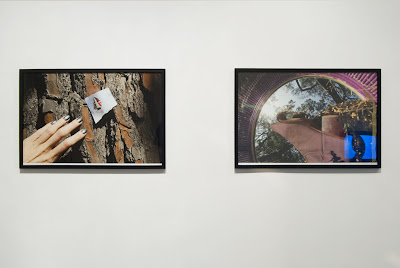 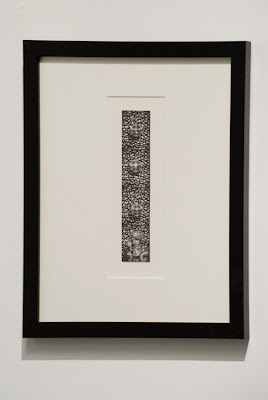 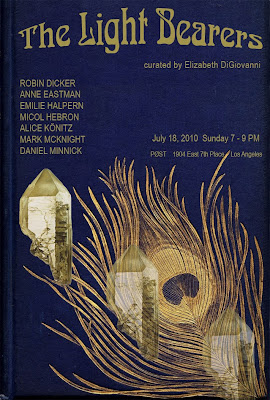 
PØST presents an exhibition titled The Light Bearers, curated by Elizabeth DiGiovanni The show is focused on seven artists who explore video, installation, photography, and sculpture as representations of the dark allure of reflected light.

Reflective surfaces have long been used for divination and communication across great distances. Many of these surfaces are quite ordinary: a mirror, a pond, a piece of metal, a polished fingernail. Still, there is something alluring and hyper-sensuous about the light that returns from these objects. It points to an elsewhere that is usually only experienced as a kind of residue left by its disappearance: a cryptic signal, the sense of north, or the instant something has become irrevocable. This exhibition collects work that concerns itself with what Borges has compared to “that secret and conjectured object whose name is common to all men but which no man has looked upon” in which there are “unending eyes watching themselves in me as in a mirror.”

ROBIN DICKER - A Los Angeles based artist who received an MFA from California Institute of the Arts, Dicker's work can be experienced as part of "The Lament Project" on ViralNet.net curated by Tom Leeser. She has been awarded residencies at the Kitchen in New York and at Ragdale in Lake Forest, IL.

MICHOL HEBRON - A Los Angeles based artist, Hebron received her MFA from UCLA. Her work has been exhibited as part of Rogue Wave '09 at L.A. Louver, The Getty Center, Los Angeles, LACE, Los Angeles, and has an upcoming solo show at Jancar Gallery, Los Angeles. Hebron is also a curator, editor for X-Tra Magazine, and writer for Art Forum, Flash Art International, and Arte Contexto.