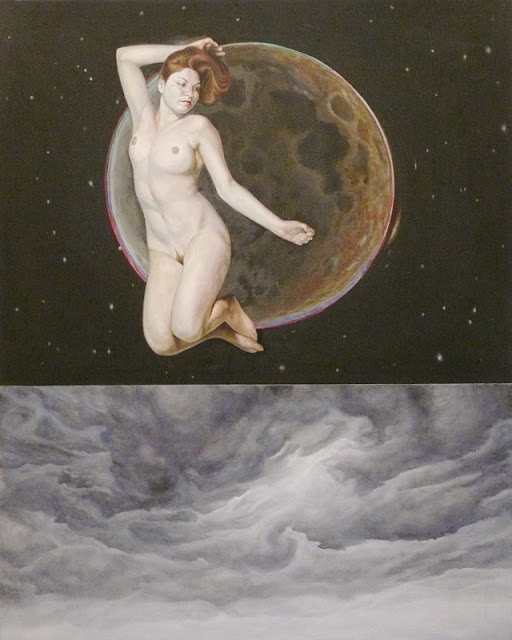 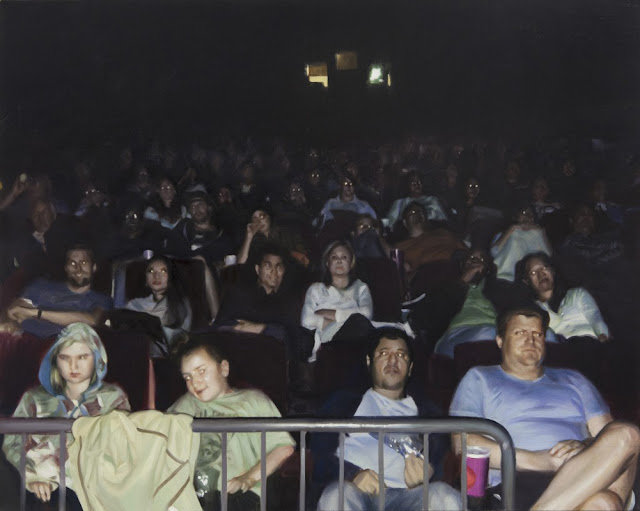 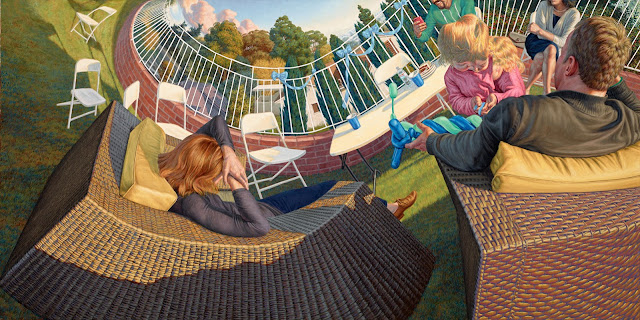 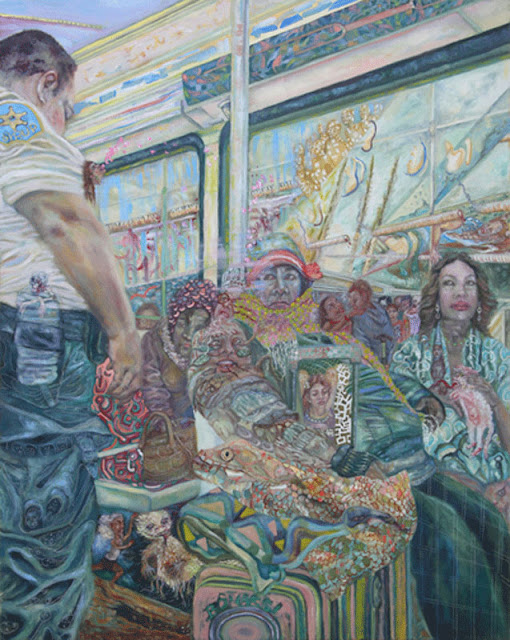 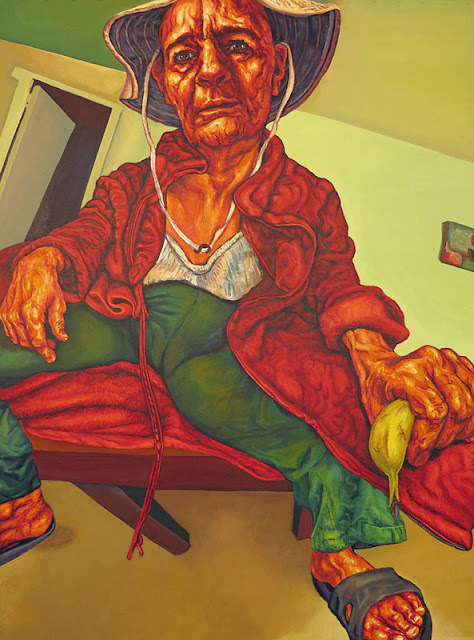 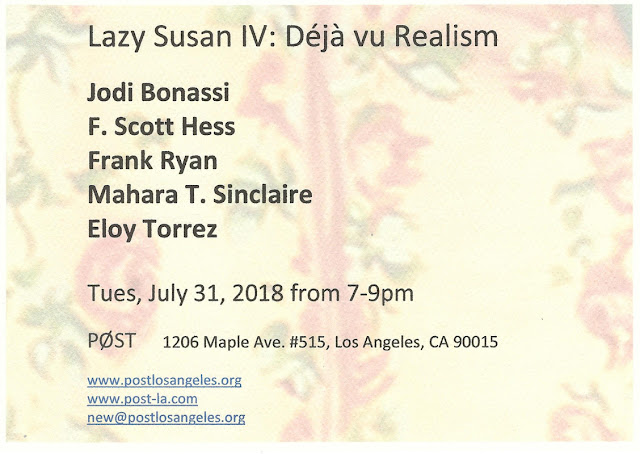 In early 2016, when viewing the Los Angeles County Museum of Art’s “New Objectivity” exhibition of German Expressionist paintings, I was struck how the themes of rampant greed, violence against women, war profiteering, and a pervasive ennui were still in place and unresolved in our present-day society. I envisioned a show demonstrating and articulating these echoing issues and how they play out in the now.
My independent curatorial project “Lazy Susan” has often highlighted Los Angeles figurative artists over the years at various venues (Long Beach City College, POST, Glendale Community College). The intention of the series is to point to the powerful figurative vein in Los Angeles’ art history and to celebrate the high-caliber figurative artists coming out of LA. This iteration of the Lazy Susan series, “Déjà vu Realism” takes a look at a sampling of LA figurative artists, (like a lazy susan array, it provides a suite assortment, not a comprehensive survey). These artists, mining their own life stories and their impulse toward social critique, tread similar age-old ground as seen in the New Realism’s on-going themes, while bringing a uniquely Angelino take through their contemporary artistry.
Jodi Bonassi states that she tells stories in pencil and paint.  Her visual narratives are based on live sketches on the metro, and in places of communal exchange.  She also takes inspiration from bits and pieces of current events, from the relationships she experiences in life and from the stories people share with her. As quoted by writer/curator Peter Frank, "What she brings to this time honored practice is a sense of anxious, almost paranoid distortion.  Such expressionism doesn't usually pervade renditions this exacting, this naturalistic.  Bonassi has brought to the present day the "anxious realism" of the Weimar-era New Objectivity."
F. Scott Hess’ work is noteworthy for exceptional figuration and paint handling as he harnesses old world painting techniques and themes, injecting his astutely articulated compositions with an often queasy sexual implication.  His work characteristically addresses the separate psychological postures of the sexes. His works tell of the artist’s solitary existence of hours on end in the studio at home as a separate but conjoined experience with that of his wife and daughters. Issues of control and power within these gendered dynamics are reinforced with his exceptionally sophisticated compositional acumen.
Frank Ryan’s oil paintings of movie theater audiences exude an eerie, otherworldly quality, pointing to how we have become alien to one another. We all congregate physically for a shared experience while paradoxically we alienate ourselves from one another in very compartmentalized psychological spaces. We are together and simultaneously emphatically un-interactive.  Alluding to Walter Benjamin’s assertion that film’s dominating totalitarian perspective consumes the viewer at the same time the viewer consumes the film, Ryan illustrates how the audience does not participate consciously but receives the barrage of images in a distracted state engendering profound changes in human apperception.
Mahara T. Sinclaire’s work emphasizes portraiture to comment on societal experience. Sinclaire uses self-portraiture to inhabit the various characters in her work, cobbling together the figures with source material digital shots of her own body. The work’s focus is psychological candor and addresses the emotional predicament of contemporary urban experience. Her characters stand-in for us all and examine the psychological duress engendered by contemporary life.
Eloy Torrez’s work also focuses on the figure and human psychological circumstance. He explores self-identity issues as he articulates his American upbringing comingled with his Latino heritage, teasing out how these melded aspects play out in his own personal life view. Torrez is notably renowned for his signature mural on the Victor’s Clothing Co building entitled “Pope of Broadway”. This mural celebrates Anthony Quinn as an icon of Hispanic empowerment modeling American success. The mural is a beloved landmark of Los Angeles. Eloy’s studio paintings often employ symbolism and self-portraiture in narratives that investigate the vestiges of ancestral mythologies inherent in our subconscious responses to life, coloring our contemporary circumstance.